By the end of this year, OnePlus, the company known for making “flagship killer” smartphones, will have another product category — Smart TV. OnePlus will be debuting the OnePlus TV by the end of this month, as the launch is right around the corner, and the company is revealing newer details about the product at a fast pace.The retailer giant has already started teasing on the features of the OnePlus TV. Founder and CEO of OnePlus, Pete Lau has shared an image of the swivel stand of the upcoming TV ahead of its launch.

OnePlus CEO Pete Lau has been teasing different aspects about the upcoming OnePlus TV off late.Just few days back, the company teased remote for its TV, which will feature a brushed metal finish similar to Apple TV remote like design with a premium metal body and learnt that the upcoming OnePlus TV would come with Dolby Vision and Dolby Atmos features. 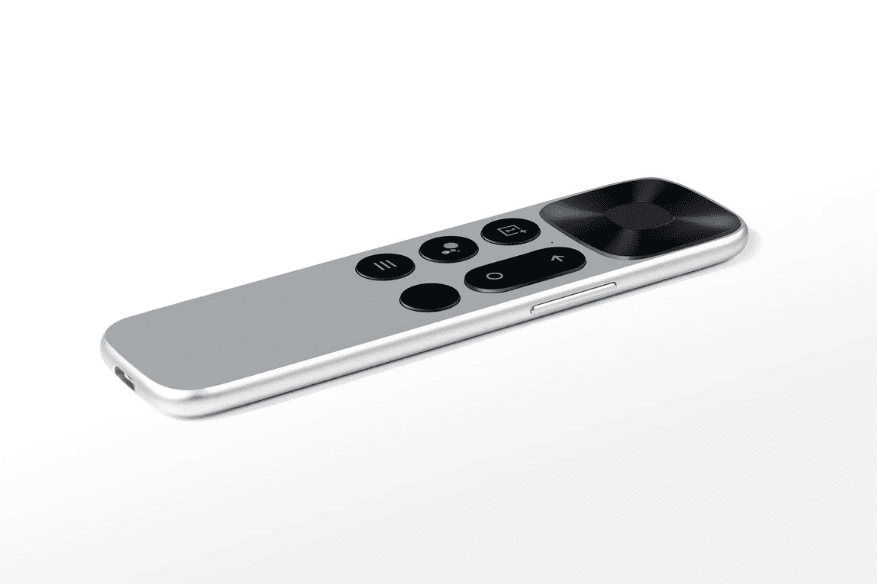 The Bluetooth enabled remote control has a USB-C port, a OnePlus button, a blank button, a Google Assistant button and navigation buttons. What’s unique about the OnePlus TV remote control is that it is equipped with a touchpad at the top for easy navigation experience. The remote seems to be made out of aluminum alloy.

Now, the brand’s CEO, Pete Lau, has posted yet another image, which seems to reveal the back of the OnePlus TV in a kevlar finish.While its a little hard to decrypt the design, it seems like OnePlus isn’t compromising with the build quality and durability. The TV also has a slight curvature at the back and there aren’t any ports or vents in sight.

The inclusion of the swivel stand indicates users will be able to adjust the Smart TV’s display to the desired angle. The 55-inch QLED 4K HDR TV is confirmed to run on the Android TV platform with content and smartphone integration. The company has promised that it will be getting software updates for at least three years. It will also come with Google Assistant support for hands-free voice control, Chromecast, and Google Play app store.

Lau’s tweet reads ‘no detail is too small’ which indicates that the company has lot of efforts in enhancing the design of the OnePlus TV.
Ahead of the launch, some of the key specifications of the OnePlus TV have leaked online. OnePlus TV is expected to be powered by the MediaTek MT5670 processor, coupled with Mali-G51 GPU and 3GB of RAM. It is fitted with eight speakers that will deliver 55W audio output along with Dolby Atmos support. It is also confirmed to come equipped with ‘Gamma Color Magic‘ picture processor for realistic and immersive image quality.
While the company has not yet announced the exact launch date, some reports have claimed that the company will be holding an unveil event on Sept. 26 to announce the OnePlus TV and OnePlus 7T series.As for the other markets, it will be launched in North America, Europe, and China at a later date but no specific time-frame has been revealed.