The Witcher is coming to Netflix as an eight-episode TV drama in late 2019, while we’re still waiting for the first footage or a trailer, Netflix has taken the wraps off of its upcoming TV drama series with a round of photos that show the major cast members in full costume.
A previous first look showed off Henry Cavill as Geralt in a costume test, with his very distinct looking silver wig. With the show now set for a presence at San Diego Comic- Con 2019,Netflix revealed the first full look of Geralt (Henry Cavill), Yennefer (Anya Cholatra) as the sorceress Yennefer and Ciri (Freya Allan) as the princess Ciri, both looking ready to embark on an epic fantasy quest. 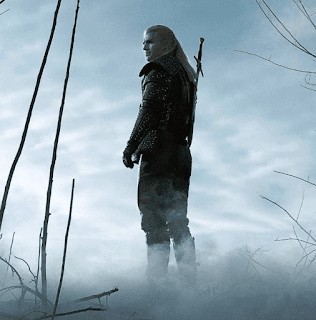 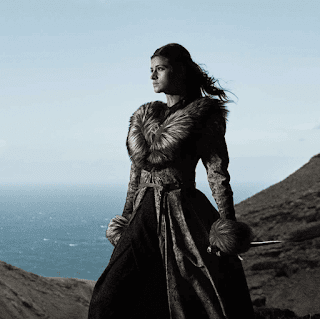 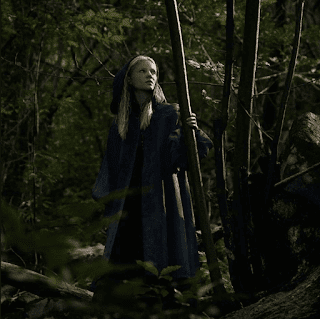 The Netflix TV series is based on the Polish novels by Andrzej Sapkowski. If you were curious about the show’s credibility, Sapkowski is working on the Netflix series as a creative consultant.
“Based on the best-selling fantasy series of books, The Witcher is an epic tale of fate and family. Geralt of Rivia, a solitary monster hunter, struggles to find his place in a world where people often prove more wicked than beasts. But when destiny hurtles him toward a powerful sorceress, and a young princess with a dangerous secret, the three must learn to navigate the increasingly volatile Continent together.”
“I’m thrilled that Netflix will be doing an adaptation of my stories, staying true to the source material and the themes that I have spent over thirty years writing,” he said in a press release. “I’m excited about our efforts together, as well as the team assembled to shepherd these characters to life.”
Check out Geralt in this poster for The Witcher series, facing the horizon, with the tagline, “The worst monsters are the ones we create.” Here, we get a first look at Henry Cavill’s Geralt in-universe. You’ll notice Geralt only has a single sword on his back, rather than the two you’re likely accustomed to seeing him carry in the video games. That’s because, in the books, his second sword is stored on his horse. 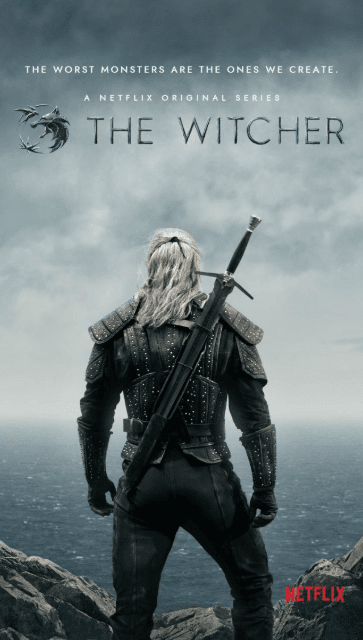 Cavill has also shared another front-facing Geralt image on his Instagram.

Geralt #TheWitcher @Netflix @WitcherNetflix
A post shared by Henry Cavill (@henrycavill) on Jul 1, 2019 at 7:09am PDT

Netflix is planning a panel at San Diego Comic Con Hall H on July 19 that will share more details on the series. That may be where the company drops a release date. The Witcher on Netflix now has official stills.