The Crusader Kings Board Game Coming In August Paradox Interactive announced a new line of board games in partnership with tabletop publisher Free League The Crusader Kings board game, a grand strategy board game of rival kings and dynasties in medieval Europe, based on the acclaimed computer game Crusader Kings., will be gracing tabletops very soon, letting you plot and fight and spawn incompetent heirs while your opponents, the other great European dynasties, sit across from you.The Board Game launches in just a handful of weeks.

“My King, the time has come. Your day is now. Are you ready to make your mark on History?”

Crusader Kings is driven by characters rather than nations. In this game, 3-5 players lead the historical dynasties of medieval Europe to triumph – or downfall.Players can marry off members of their dynasty and make them have kids, and these characters all come with positive and negative traits that affect the outcome of actions. 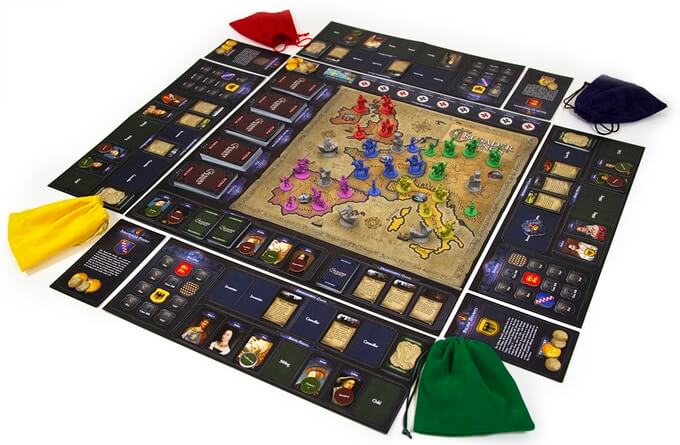 Pre-orders are also live online if you want to purchase early, though it’s a pricey set. The base game will set you back $74.49, and the Councilors & Inventors expansion will run another $26.47. (You can also grab a bundle at a slight discount.)