Amazon UK has unveiled the Batman Arkham Collection Steelbook Edition on its online store which includes Batman: Arkham Asylum, Batman: Arkham City, and Batman: Arkham Knight, and will be available on PlayStation 4 and Xbox One, with a September 6 release date attached according to the listing.

Although an official announcement hasn’t been made by publisher Warner Bros. Interactive Entertainment, Rocksteady’s marketing manager has discussed the collection, indicating it is real.

The main difference between this collection and the previously released Batman: Return to Arkham collection is that Arkham Knight is included.but this latest iteration seemingly includes a physical disc wrapped up in a special steelbook case. 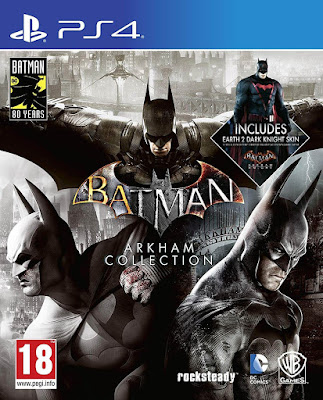 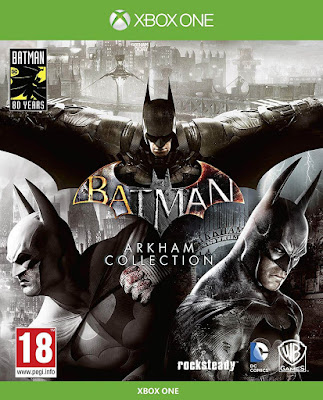 “Batman: Arkham collection brings you the definitive versions of Rocksteady’s Arkham trilogy games, including all post-launch content, in one complete collection. Experience two of the most critically acclaimed titles of the last generation – Batman: Arkham Asylum and Batman: Arkham City, with fully remastered and updated visuals. Complete your experience with the Explosive finale to the Arkham series In Batman: Arkham Knight. Become the Batman and utilise a wide range of gadgets and abilities to face off against Gotham’s most dangerous villains, finally facing the ultimate threat against the city that Batman is sworn to protect.”

The Batman Arkham Collection Steelbook Edition will include, Exclusive Steelbook packaging, an Earth-2 Dark Knight skin for PlayStation 4 players. Coming to Xbox One and PS4 later this year and can be pre-ordered through Amazon. As for the price, it will cost £39.99, and it will launch on 6 September 2019.