Prince William and his wife Kate will visit Pakistan in the autumn at the request of Britain’s Foreign Office and it will be the first official visit by a member of the British royal family to Pakistan since 2006, Kensington Palace announced on Sunday.

The British royal family shared the news via their Twitter and Instagram account recently, confirming the royal duo will be conducting the official visit in the autumn.The couple are expected to take part in hostile environment training before they take the trip. The couple’s week-long tour of Pakistan will follow in the footsteps of Princess Diana who travelled to the country several times in pursuit of her charity work, according to The Sun.

🇵🇰 The Duke and Duchess of Cambridge will undertake an official visit to Pakistan this autumn, at the request of the Foreign and Commonwealth Office.

Further details will be advised in due course. pic.twitter.com/z8M1hnpfWS

The Duke and Duchess of Cambridge will undertake an official visit to Pakistan this autumn, at the request of the Foreign and Commonwealth Office. Further details will be advised in due course.

View this post on Instagram
🇵🇰 The Duke and Duchess of Cambridge will undertake an official visit to Pakistan this autumn, at the request of the Foreign and Commonwealth Office. Further details will be advised in due course. Her Majesty The Queen visited Pakistan in 1961 and 1997, and The Prince of Wales and The Duchess of Cornwall visited in 2006. Swipe to see photos from the visits: 2. The Queen attends a State Banquet at the President’s House, Karachi, in 1961. 3. The Queen meets members of the Pakistan cricket team at the Rawalpindi cricket ground, in 1997. 4. The Prince of Wales and The Duchess of Cornwall at the Badshahi Mosque, Lahore, in 2006. Photos courtesy of the Press Association and @royalcollectiontrust #Pakistan #RoyalVisitPakistan
A post shared by Kensington Palace (@kensingtonroyal) on Jun 29, 2019 at 2:30pm PDT

It is not clear yet, if Prince William and Kate’s children — Prince George, Princess Charlotte, and baby Prince Louis — will accompany the couple, on the visit.

The High Commissioner of Pakistan, Mohammad Nafees Zakaria said the government and people of Pakistan welcomed the royal visit.

Queen Elizabeth II visited Pakistan twice in 1961 and 1997. Her first visit took place at the height of the Cold War when Pakistan was very close to the western world. Later, the Prince of Wales and the Duchess of Cornwall visited Pakistan in 2006.But Pakistan still vividly remembers the late Princess Diana’s visit in 1996. 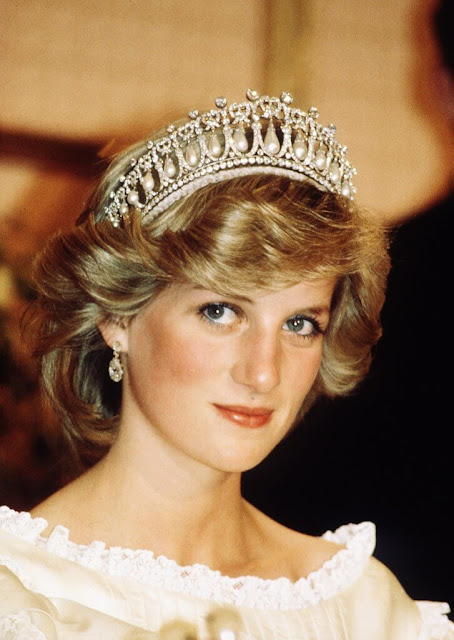 She travelled to Islamabad, northern areas and Lahore, where she was welcomed by cricketer-turned-politician Imran Khan. Diana – who was friends with Khan – also attended a fundraising event of his Shaukat Khanam Memorial Cancer Hospital.

British Airways also landed back in Pakistan early this month, after suspending operations due to security fears over a decade ago. However trade between the two countries was worth almost three billion pounds in 2017, with the UK currently Pakistan’s third largest source of foreign investment after China and the Netherlands, according to Britain’s Department of International Trade.
Pakistan has close political, economic and cultural ties with the UK and Britain is home to more than a million people of Pakistani origin, making it the largest Pakistani diaspora in Europe.