Facebook is apparently trying dark mode in their emissary application for a few regions.

As indicated by CNET, various clients on Twitter have brought up that they have begun seeing an alternative to try out another dark mode in their delivery person application. A Twitter client, Jane “not Facebook Employee” Manchun Wong, posted screen captures of Facebook errand person inciting a notice about the inadequate idea of dark mode. 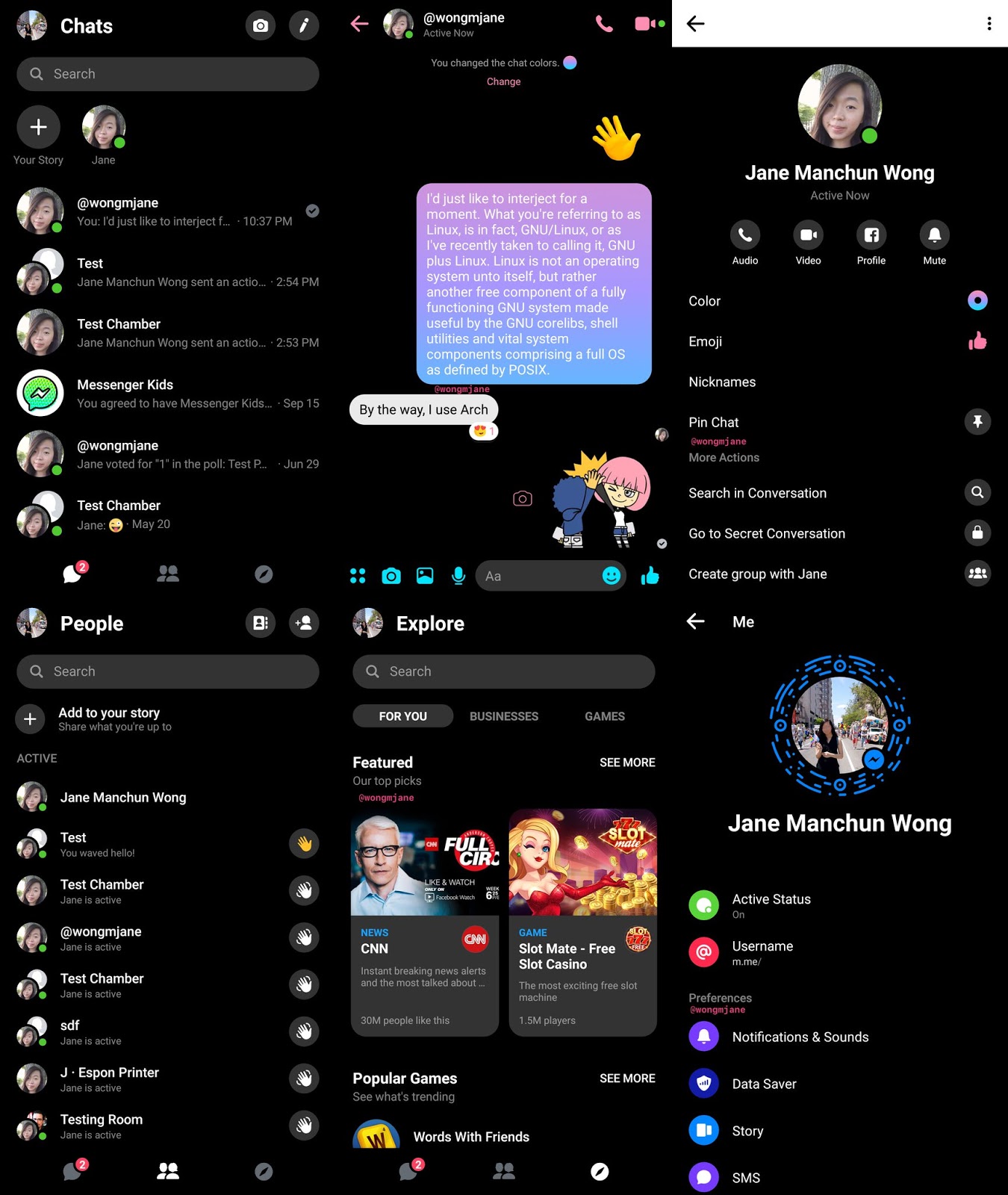 facebook recently  teased dark mode and a more straightforward interface back in October 2018, when they guaranteed to clean up the detachment application and make it increasingly streamlined; something that clients have been requesting quite a while. As per a Facebook representative, the online networking goliath is without a doubt trying out dark mode in a few areas:

We’re conducting a small test of the dark mode in a handful of markets,” she added. “We don’t have anything further to share at this time.”

Be that as it may, Facebook as of late discharged a refreshed and increasingly streamlined UI for courier, yet they needed to roll that back without giving any strong reason, implying towards a progressively controlled and thorough testing process for this new visual change.