Microsoft has officially released the October update for Xbox One console. The update includes support for Dolby Vision video streaming, Skills for Cortana and Alexa arrival of the new Xbox Avatars. Microsoft has been testing these features for a while now and now finally rolling out to users.

Check out all the new features below: 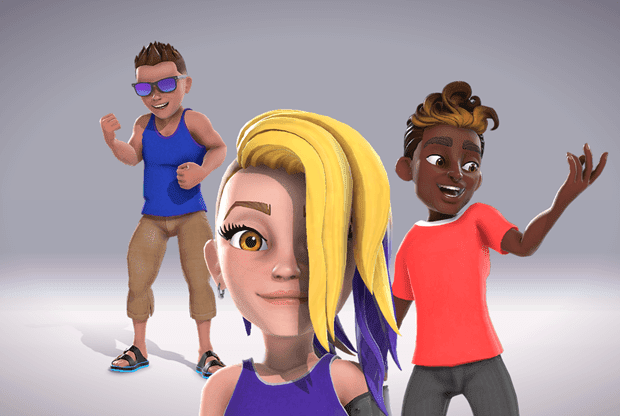 
The new Xbox Avatars are expressive, creative and, most importantly, bring to life the community of fans they represent. The Avatar Editor features a wide range of body types, and the entire Avatar closet supports all of them, enabling you to uniquely tailor your Avatar however you see fit.

Avatars will appear across your Xbox One. You will see your own Avatar on your profile, as well as the profile pages of anyone who has chosen to represent themselves as an Avatars. You’ll also find Avatars on activity feed posts, Friend blocks on the Home screen, Gamerscore leaderboards, club headers, profile comparisons, and more. In addition to all the items that are available at launch, we also have a new Avatar Store where you can obtain even more new Avatar items, including licensed designs from Halo, Gears of War, and more. With new content every month, the Avatar Store is a diverse marketplace of clothing, outfits, props, and accessories to make your Avatar even more unique.

Once you’ve created your new Avatar, you can use the Photobooth feature to capture a great photo of your Avatar to use as your Gamerpic. In addition to the mood that you set for your Avatar, you can also use the Photobooth to pose your Avatar using a multitude of different emotes, each of which can be paused and advanced frame-by-frame with more control than ever before. Rotate and zoom controls help you capture the exact pose that you’re looking for, and a wide variety of background colors enable you to set the scene.

Xbox Skill for Cortana and Alexa

his feature enables people to use their voice to navigate and interact with Xbox through Cortana and Alexa-enabled devices – expanding voice navigation beyond previous Kinect and headset capabilities. With the Xbox Skill, people can use voice commands to power on/off their console, adjust volume, launch games and apps, start and stop broadcasts on Mixer, capture screenshots, and more.

Dolby Vision enables select TVs to deliver enhanced HDR with dynamic scene-by-scene precision and accuracy versus standard HDR, which is static for the entire movie/show you are watching. If you have a TV that supports the latest version of Dolby Vision and a Premium Netflix subscription, jump in and experience incredible brightness, contrast, and color for yourself today! Dolby Vision on Netflix with a premium subscription will be supported at launch with more Dolby Vision apps adding support in the coming months.

To enable Dolby Vision on your console, navigate to Settings -> Display and sound -> Video output -> Video modes -> Allow Dolby Vision. If you need more assistance setting up the feature or want more information on supported TVs, check out this blog post.

Xbox is committed to being more accessible and inclusive. Today we are adding five additional languages to Narrator on Xbox One, including Spanish, Portuguese, Polish, Swedish, and Dutch. We’re also adding an Australian version of English language for Narrator, so Australian users will no longer have to select U.S. or U.K. English to use Narrator. “