Earlier today Apple officially announced when and where it will hold its next big event. Apple’s September 12th event is expected to include the introduction of three new iPhones, and 9to5Mac can exclusively share the first look at both new 5.8-inch and 6.5-inch OLED iPhones: the iPhone XS.

We believe that the new 5.8-inch and 6.5-inch iPhones will both be called iPhone XS. We also believe iPhone XS will come in a new gold color option not previously offered on the new design. Apple leaked its own gold version of the iPhone X through the FCC, but it has not been available to purchase.

Other details are still to be determined, but we can report with certainty that iPhone XS will be the name, the OLED model will come in two sizes including a larger version, and each will be offered in gold for the first time.

Apple is also expected to unveil the new Apple Watch Series 4 at the same media event. Stay tuned for more details in that space.

Again, for another look at the new iPhone XS models: 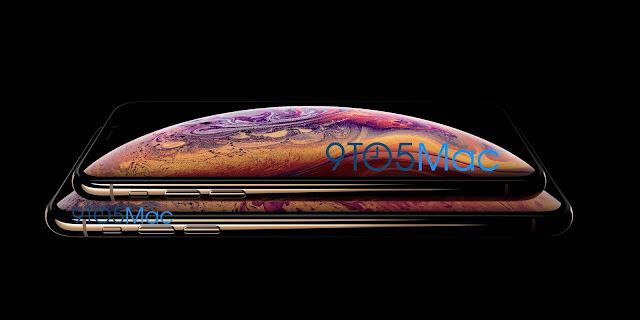 Apple will officially unveil the iPhone XS next month on September 12 and likely release both before the end of September.