The newly launched flagship of Samsung, the Galaxy Note 9, is unveiled last week in a grand event at New York. Now that the initial hype is dying down. Comparisons, benchmark results, surveys and other discussions around Note 9 have started. On paper, Note 9 might have superior looking specifications when stacked against iPhone X but some benchmark tests are telling a totally different story.

Popular tech blog, Tom’s Guide used 6GB RAM and 128GB storage version of Note 9 for these benchmark tests. Let’s talk about different tests. The first one is the Geekbench test which is used to measure the overall performance of a device.

Galaxy Note 9 performed very well at the multi-core test but still, it falls behind iPhone X. Here is the look at Geekbench scores. As you can see that Note 9 performed well but its performance was overshadowed by OnePlus 6 which is available in almost half of the price in the market. iPhone X emerged as the winner in the Geekbench 4 test.

Some of the tech reviewers believe that these benchmark tests actually do not matter. At the end of the day, it is your smartphone usage experience that counts the most. If you are using your phone without any sluggish performance and any noticeable issues, then these scores can easily be ignored. 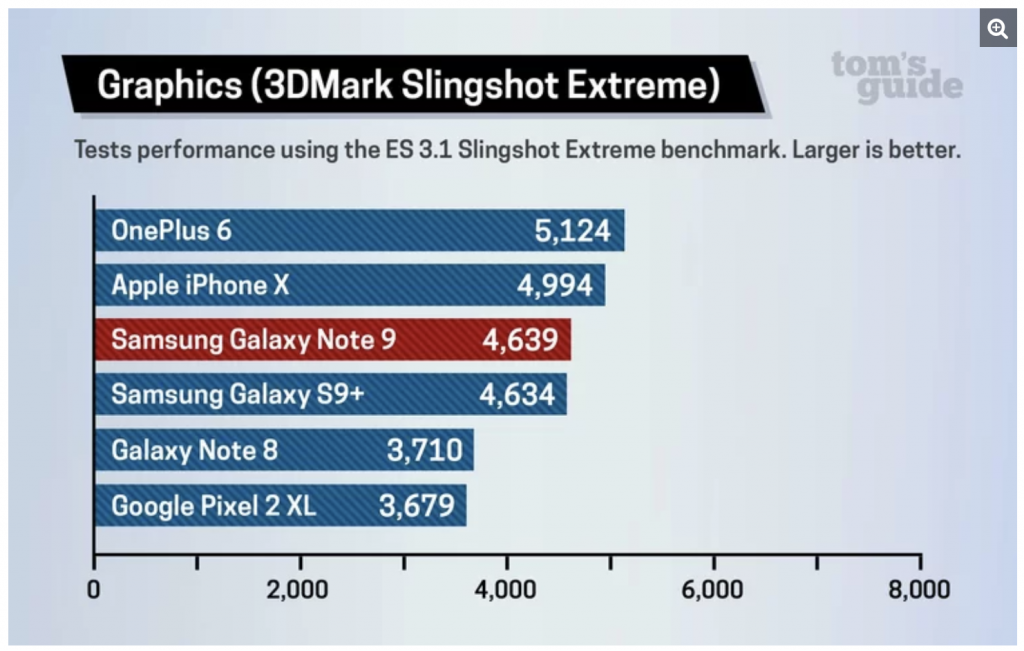